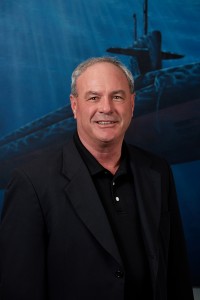 Carl was born and raised in Houston, Texas. He enlisted in the United States Navy in 1975 where he worked as a Nuclear Welder and Nuclear Planner until his commissioning through the Limited Duty Officer program in 1986. He served in various positions as a Maintenance Officer, Planning Officer, and Damage Control/Engineering Officer on several ships and shore commands. He retired in 1994 and joined a local ship repair/government contracting company, QED Systems where he spent 12 years as the Director of Technical Services. Recruited by a local shipyard he started a small ship repair company Ocean Tech Services, where he served as the President beginning in July 2006 and left to start his own company in August of 2009. Since its inception his company, Advanced Integrated Technologies, and the staffing business he started in 2012, Surge Force, have grown to over 200 employees working throughout Hampton Roads and other areas,  supporting the local shipyards and various government agencies in ship repair, modernization, and new technologies. He is a member of many trade organizations including the Virginia Ship Repair Association, American Society of Naval Engineers, Hampton Roads Chamber of Commerce, Virginia Port Authority, Virginia Maritime Association, National Ship Repair Council, Port of San Diego Ship Repair Association and he co-founded the American Maritime Modernization Association (AMMA). His charitable affiliations include President of the Southside Boys and Girls Club, Treasurer of Cerebral Palsy of Virginia, Treasurer of Hunt’s Pointe on the Elizabeth Homeowners Association, leadership council of the Hampton Roads United Way campaign, and founder of the Virginia Microboard Association. 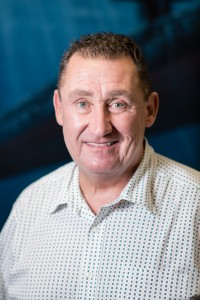 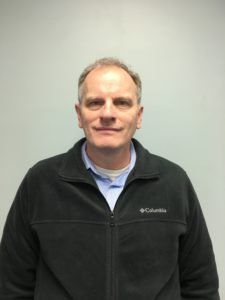 Tony joined the AIT team in April 2018 and serves as the Non-Complex Program Manager. He was born and raised in Stephenson, Michigan. A career Naval Surface Warfare Officer, he graduated from the United States Naval Academy in 1991 and served in a wide variety of at-sea and shore duty assignments, including multiple tours as an Engineering and Damage Control Officer in USS CROMMELIN (FFG-37) and Destroyer Squadron 31. Most recently, he commanded USS THACH (FFG-43) in San Diego, California before completing his final assignment as Inspector General at U.S. Transportation Command at Scott Air Force Base, Illinois, which culminated over 30 years of service in the U.S. Navy. Tony has a proven track record of working closely with the ship repair industry throughout his career in the Navy. This included countless Selected Restricted and Continuous Maintenance Availabilities and a complex 6-month, $10 million dry-docking overhaul of a U.S. Navy Frigate while serving as the Commanding Officer. His proven leadership was critical in ensuring that every major maintenance period was completed on-time, with strict quality control standards, and a naval asset was ready to meet operational tasking. 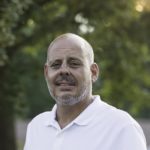 Ken joined the AIT Marine team in 2018 and brings 30+ years of operational and repair experience in Steam, Diesel and Nuclear Power. Since retirement from the Navy, he’s served as a Project Production Manager at General Dynamics NASSCO and a Modernization Program Manager for NAVSEA. While on active duty, he served on conventional steam ships and well as Nimitz class Aircraft Carriers and Diesel powered Patrol Craft and LPD-17 class ships. He retired from the Navy in 2014 as a Chief Warrant Officer-4. In his off time, Ken enjoys the outdoors and is an adult leader with Boy Scout Troop 36 in Carrollton VA. He’s married to the former Sheila Clifford of Vineland, NJ and has 2 boys, Ethan and Owen. They currently live in Smithfield, VA. 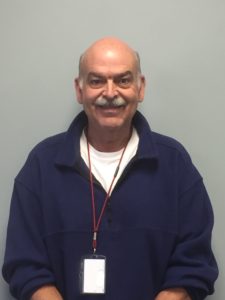 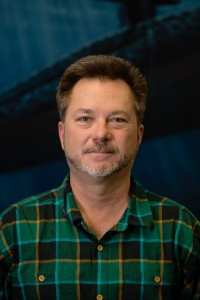 Randy Carlson has been with the AIT Team since 2016 and works with Planning & Estimating and also in Receiving. Mr. Carlson has over 25 years of marine industry experience in purchasing, sourcing, and logistics for both the military and private sector. Besides enjoying downtime with his wife and family, Randy participates in 5K and 8K walk/runs for many cancer awareness groups and enjoys paddle-boarding, golf and mountain biking. 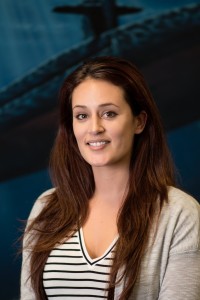 Larissa has been a Procurement Specialist at AIT since 2014 providing support to the Purchasing Department. She also plays a role in the Planning & Estimating Department in the areas of CFR Management, assisting with proposals and administrative support. Outside of work she enjoys painting and anything art related. 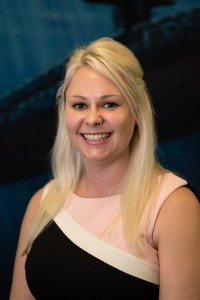 Cheryl joined the AIT team more than 10 years ago, serving as the Executive Admin to the President, as well as our Vice President of Administration. Cheryl’s extensive background and expertise in operational planning, government procurement, organizational leadership, OSHA standards, security management and all aspects of corporate administration, especially focused in the ship repair industry, makes her a valuable and versatile employee of Advanced Integrated Technologies. Cheryl is a truly dedicated employee, who goes above and beyond expectations to provide the best quality service to customers and employees. 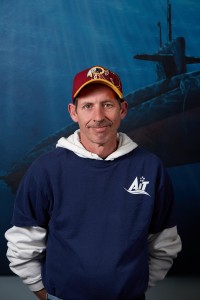 Bob is our Welding Program Manager/ NDT Level II / QA Inspector/NBPI Paint Inspector and Calibration Coordinator. He has more than 30 years of experience in the ship repair industry, including work as a boiler operator, shipfitter, and a welder. When he is not in the shipyard, Bob can be found golfing, fishing, or racing his car at the drag strip.

Ray is currently the Logistics Site Manager for AIT where he supports the MACHALT Program Office and contract proposals. Born and raised in Philadelphia, Ray attended Temple University and received an associate degree in Architecture in 1968 and then attended Penn State Suburban campus for Program Management. In 1968 Ray attended the Fort Bragg 82 Airborne boot camp and then onto special electronics training. While serving in Vietnam Ray received two Oak Leaf Clusters and a Bronze Star for valor while attached with the 11th Armor Calvary Division. Additionally, he received the Army Command Achievement Award. Next Ray was sent to Germany and served with the 3rd Armor Division where he was discharged June 1971. Ray went to work for the Pennsylvania Unemployment Office and then for Ogden Foods. Ray eventually accepted a position with Naval Ships System Engineering Station in 1979 and held many jobs, a few of which were Logistics Program Manager, and Logistics Operations Manager. Ray resides with his wife in Williamstown, NJ, has a daughter in Sewell, NJ, who has four girls and a son in Mantua, NJ who has three girls. 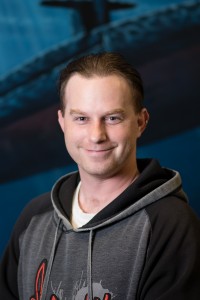 Ryan is a Quality Inspector with 10 years experience in the ship repair industry. A graduate of Newport News Shipyard’s Apprentice Program, his career focus has been Nondestructive Testing. Ryan is certified for Level III Visual Inspection (VT), Level II Liquid Penetrant Inspection (PT) and Level II Magnetic Particle Inspection (MT). Before hanging up his parachute to spend more time with his wife and child, Ryan was an avid skydiver. 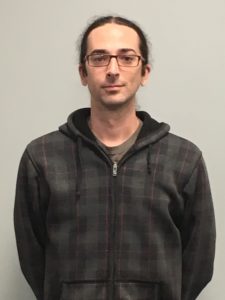 Joey started his NDT career in 2002, traveling the I95 corridor doing boiler shutdowns. In 2005, he made the move to the Naval repair and fabrication where he expanded his knowledge of NDT methods and began delving into the intricacies of the quality assurance requirements that the naval world necessitates. In his off time, Joey enjoys spending time with his loved ones, solving puzzles, playing games (video, card, board), and spending as much time as possible on the beach. 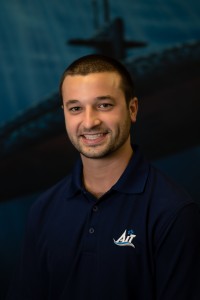 Matt Masciangelo has been a member of the AIT team for 4 years. He is part of the Quality Assurance Department and holds the position of Quality Assurance Manager. Aside from AIT he likes to spend his time fishing and officiating soccer at the collegiate and professional levels. 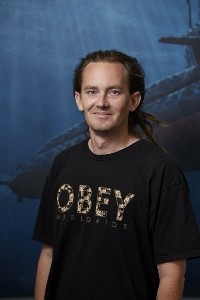 Jeremy Roberts is a Quality Inspector with 8 years experience in repair and inspection of Navy and commercial ships. He is certified for Level II Visual Inspection (VT), Level II Liquid Penetrant Inspection (PT) and Level II Magnetic Particle Inspection (MT). A local to the Hampton Roads area, Jeremy spends his off time with his wife and 4-year-old son kayaking, swimming and surfing. 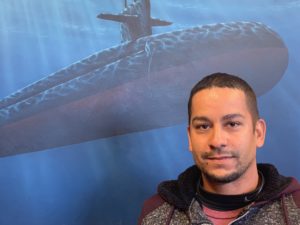 Jonathan is a 1st Class Marine Electrician with 15 years of experience. With an ample knowledge in the preparation of electrical terminations, repair, maintenance, troubleshooting, wiring and installation of electrical systems and devices aboard the vessels of United State Navy and Coast Guard. A native of Puerto Rico, Jonathan is bilingual and while not at work he enjoys spending time with his wife and four children fishing and boating.

Advanced Integrated Technologies (AIT) is a Service Disabled Veteran Owned Small Business. Established in 2009, the management team has innumerable years of experience in shipboard maintenance and modernization. The company's leadership is anchored by its founder Mr. Carl Spraberry who is well known in the industry through the advocacy organization he co-founded in 2002, the American Maritime Modernization Association. His background in maritime maintenance spans 30 years of active duty military and civilian positions managing shipboard repair and alterations.

Located conveniently in the Norfolk Industrial Park at 2427 Ingleside Road in Norfolk; AIT is centered around the major military bases and shipyards. With over 30,000 square feet of offices and warehouse, there are ample facilities to accomplish any industrial requirement.

Procedures and processes are ISO 9001-2008 compliant, and our quality standards are defined by our customers' input and complete satisfaction. Additionally, AIT's Quality Assurance program is approved by VSRA.

We assemble the right team of experienced craftsmen for your job with qualified technicians capable of performing cross trade work and years of experience in ship repair. This model maximizes labor efficiency while providing an excellent value for your money. Our production capabilities support a full spectrum of repair, overhaul, alteration, and maintenance for virtually every shipboard system. Our management team understands the complex requirements of government contract management and coupled with our quality assurance processes, safety and environmental adherence all projects exceed the most stringent of government regulations. Excellent service, competitive pricing and meticulous attention to detail are what makes AIT a leader in the industry.

The following is the Congressional Budget Office report, An Analysis of the Navy’s Fiscal Year 2019 Shipbuilding Plan. From the report The Department of Defense (DoD) submitted the Navy’s 2019 shipbuilding plan, which covers fiscal years 2019 to 2048, to the Congress in February 2018. The average annual cost of carrying out that plan over […]